Jamaican Roots Rock Reggae singer/songwriter/arranger/composer/performer Anthony Garvey(formerly known as Garvey) has a proud lineage stretching back to the philosopher and activist Marcus Garvey, his great-grandfather. Anthony is consciously directed to fulfill the legacy with a vision of harmony among all the races permeating his music and life path. 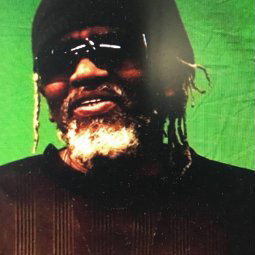 His first album, Garvey Astonish (2007) is a true testament of the journeys and struggles it takes to produce truly astonishing music. Some of the recordings on that album include artists Ranking Scroo and Ras Kiddus (whom he also performed with), and the album was mixed by Hopeton Brown (Scientist). The artist shares, “Big up Marcus Garvey, for your teaching must go on through all of I&I to all my people, keep the faith JAH blessed children. One Love.

Anthony Garvey has been creating music for decades and his lyrics and riddims lend a strong timeless Roots Rock vibe to his songs that reggae fans love. Anthony’s experience in reggae music & Rastafari spirituality go back over 30 years to his early days in Hermitage, August Town, Jamaica. Now based in northern California, he recently released the first single, “Justice” from his forthcoming second album, which will be soon be released on his Vision in Legacy Music label. The single, and his first album are available on iTunes, CDBaby and all online platforms.

Anthony Garvey’s philosophy and musical style was built upon a firm foundation in his native Jamaica. He was blessed to grow up around the University of West Indies and rub shoulders with many of reggae’s founding fathers such as: Bob Marley, Bunny Wailer, U Roy, Dennis Brown, Israel Vibration, Fred Locks & Josey Wales to name a few. Garvey’s music and Rasta faith is influenced by attending Twelve Tribes of Israel meetings, Nyabinghi chanting sessions and dances.

In the early 80’s he moved to Montego Bay and joined a band called Barry Sadler & The Merry Wonders. Together they performed all over the north coast and in all the major hotels and clubs in Jamaica. When the band dissolved, Anthony began spinning records with sound systems such as Twilight HiFi and Ticka Tone. 1984 brought him to Los Angeles and he joined a band called, Black Wadda which performed all over southern California, and he was also in the studio recording.

He is currently routing tour dates while completing his second album.
Do link up and support on all the Social Media channels.
Keep your eye out for the new works from Vision in Legacy Music.
From Anthony Garvey to everyone:
“Give Thanks for Life, blessed blessing to all humankind… love you all!”